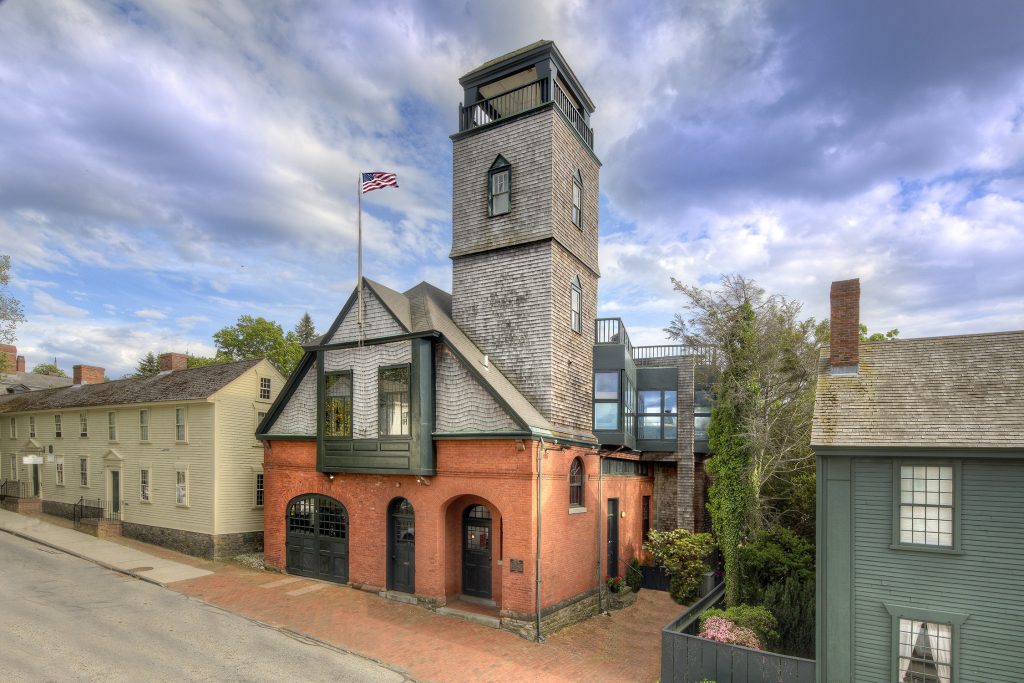 Hogan Associates announces the January 14, 2022 sale of 25 Mill Street in Newport, R.I., a stunning former firehouse in the heart of Downtown Newport which is changing hands for the first time in 30 years. The property sold for $3,050,000. Tom Rao of Hogan Associates represented the Buyer, and Michelle Drum & Kate Rooney of Gustave White Sotheby’s represented the Seller.

25 Mill Street, known as “Fire Station No. 1” is a mixed-use property and is one of the most recognizable structures in Newport. It can be found on the National Register of Historic Properties. One of a kind features include original brass fire pole, 12′ high ceilings, private roof deck, and a 65 foot lookout tower with views of the Newport Harbor that are beyond compare.

Firehouse No. 1 was originally constructed in 1885 to house one of the first organized fire companies in the country. In 1991, local residents restored it and have lovingly maintained the property since. Now, modern amenities combine seamlessly with historic charm, and 6,500+ square feet of indoor and outdoor entertainment space offer a multitude of options for the next owner.

“This buyer knew exactly what he wanted – a unique showstopper in Newport’s Historic Hill neighborhood,” said buyer rep, Tom Rao of Hogan Associates. “‘Fire Station No. 1’ struck a cord with him immediately, and the deal came together in a matter of days. As a Historic Hill resident, I was thrilled to be involved in the transfer of this iconic property.”

Hogan Associates is an independent Rhode Island brokerage founded by Leslie Hogan and Matt Hadfield, two of Rhode Island’s most experienced agents, each with a strong track record of success in the Greater Newport real estate market. Hogan Associates’ 36 sales agents work on behalf of buyers and sellers of fine properties in the coastal communities of southern RI. The fir

m has offices in Newport and Middletown and is a member of Who’s Who in Luxury Real Estate, an elite broker network with more than 130,000 sales professionals located in approximately 880 offices in 70 countries and territories. In 2020 & 2021 Hogan Associates received Newport Life Magazine’s Best of Newport County award. For more information, visit HoganRI.com. 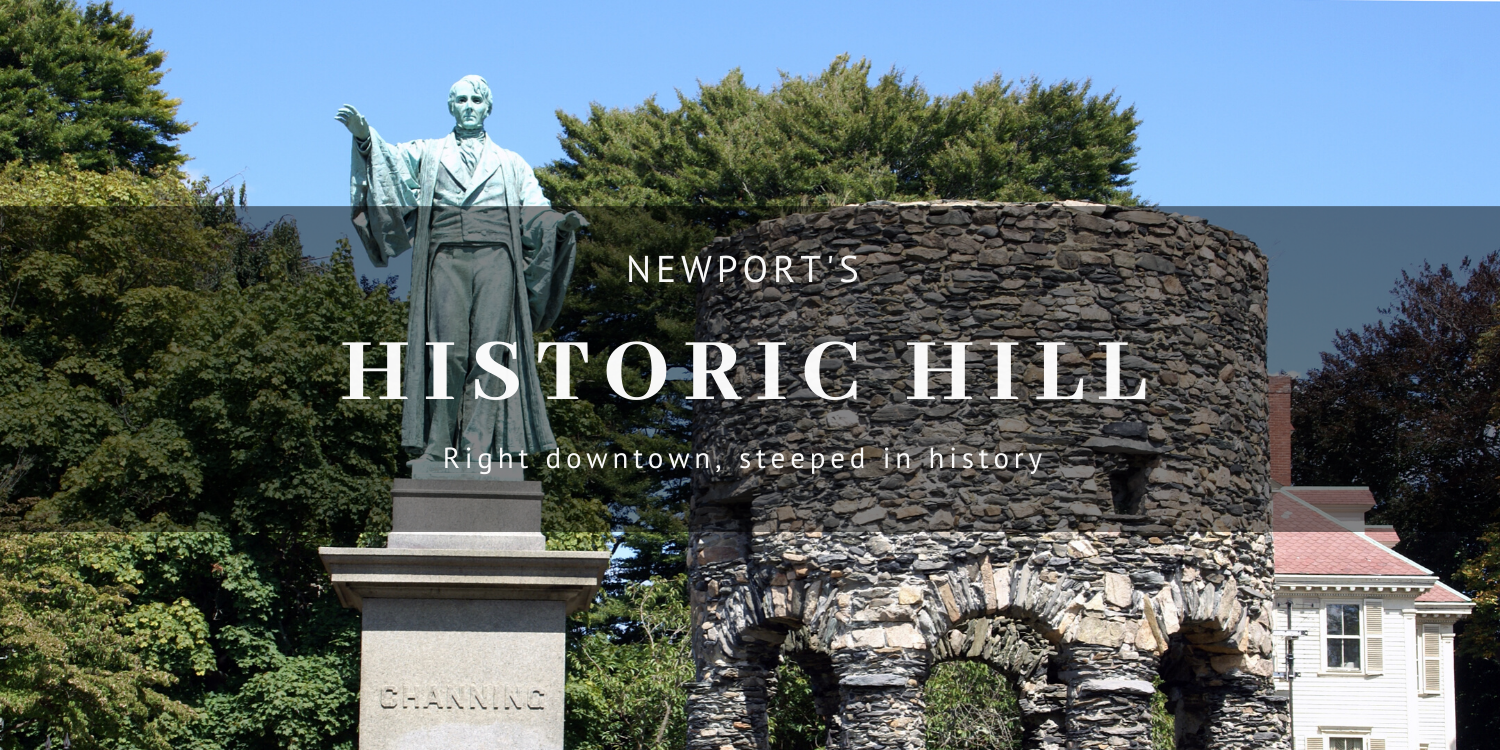 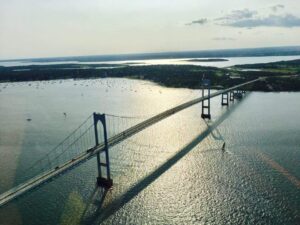 When I think of all the places I lived in Newport over the years, I keep coming back to my favorite: The Historic Hill, or as most locals call it, “The Hill.”

Yes, it can be bustling at times, with cars and trucks speeding by, groups of tourists heading downtown or back to their B&Bs, inns, and hotels. Tour groups staring in your windows. Church bells, fog horns and distant vibes of local bands playing. Oh, and that constant sound of renovation echoing down the cobblestone streets. It’s the price of living in a tight downtown neighborhood where streets were made for horse and buggy, and most homes were built in the 17-1800’s. Many have been restored to exact detail and with modern amenities, but yet still come with interesting historical facts, and folklore to be told.

This neighborhood, according to City Hall officials, does not have any specific borders, but some townies would describe it as the area downtown spanning from Barney Street to the north, Bowery Street to the south, and Spring Street and Bellevue Avenue from the west and east respectively. Others would widen its boundaries west of Bellevue Avenue up Kay Street and Old Beach Road, and east of Spring Street toward Thames Street. It’s usually because they want to be included in its esteemed reputation.

This is a place where you can walk up the street and be in awe over the Old Stone Mill in Touro Park, which some say was built by the Vikings, but likely was built in the mid-1600s as a sand mill by Benedict Arnold (Governor of The Colony of RI). Its neighboring Pelham Street was the first roadway in America to be lit by gas lamp posts, in 1805. I just can’t help to think how back then, everyone was so envious of the people who lived on it.

Many of these old buildings are located smack dab in the middle of the city’s Historic District, which can make restoring a property an expensive laborious task. But without local organizations such as The Preservation Society of Newport County, Newport Historical Society, and The Newport Restoration Foundation, “The Hill” just would not have survived and kept the charm and character it has embraced for nearly 400 years. You can just walk down some of its streets and envision dirt or cobblestone roads, with no cars and streetlights. It’s like being in another place and time.

Parking is certainly a premium on “The

Hill,” though it wasn’t a huge concern in colonial days of horse and buggy. The good news is the location is ideal for walking everywhere. Newport’s bustling waterfront (Bannister’s, Bowen’s, Long and Hammett’s Wharves) are only a block or two away. Broadway, Bellevue and Spring Street are equally convenient, hosting the Audrain Automobile Museum, The Tennis Hall of Fame and St. Mary’s Church where the Kennedys were wed. For those times we need to leave Aquidneck Island, it’s only a two- to four-minute ride to the Newport Bridge, which is a huge plus in the summer months.

Here are some MLS stats for single family homes 2019, comparing nearby neighborhoods:

Inventory is low on The Hill, and on average single-family homes are more costly, as are condominiums and multi-families. But the price tag doesn’t seem to deter those who wish to live in this beautiful neighborhood. Hence, we have many qualified buyers excited for their next home to come along.

If you’re thinking of selling or buying on Historic Hill and share my passion for this neighborhood, I would love to chat. New stories always are welcome. 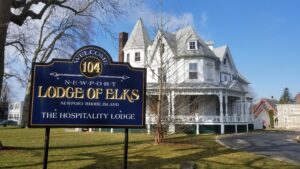 Check out Top of the Hill Association!